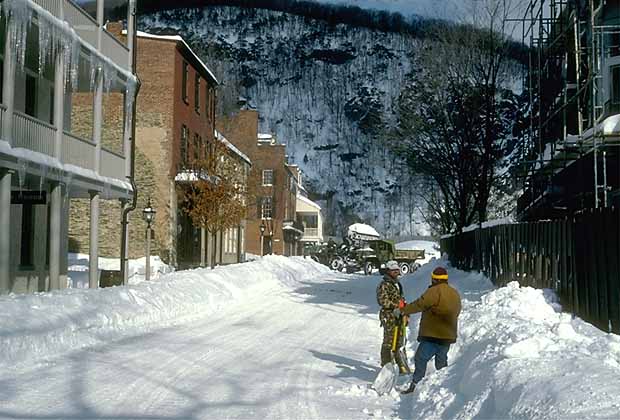 You’ve never seen a winter like this one. At least i had not. It grew cold, quickly and fiercely. The sky went from its cool winter grey to the fierce and angry color of cold iron. It started snowing that afternoon. the stores had long been devoid of any milk, bread and other necessities as we had plenty of warning that this was coming. It snowed for 2 days.

This blizzard, and yes my friends, it was classified as a blizzard, dropped over 2 feet of snow into the Shenandoah and Potomac river valley left Harpers Ferry immobilized. It took days for the town to dig out from under the freezing white blanket that covered the town.

I recall that in those frozen days, myself and my friends enjoyed ourselves like we were kids again. We grabbed whatever we could for a sled, cardboard boxes covered in trash bags, pieces of flimsy plastic, whatever we could find, and slid down the main street. From my apartment on Washington Street to the lower town was a straight shot, COMPLETELY downhill, for about a mile. It was an incredible ride. The walk back up however was a little more than grueling. Slogging trough a mile of two foot deep snow took the elation of a mile long sled ride completely out of you. Eventually however the snows melted, the town dug out, but no one was quite prepared for what happened next.

The snowmelt brought destruction to harpers Ferry from far up both rivers that flowed into the valley. The rivers both rose an astonishing 29.4 feet. Completely devastating Harpers Ferry.

The waters came from every direction and was unrelenting. Damage was estimated in the millions, and the Hilltop Hotel was the safe haven in this storm after the storm. Residents came through the doors to find shelter as the water came higher and higher. it seemed as though the hotel (located at the second highest point in the town) was the best vantage point for the curious, and the concerned to view the devastation. We watched as the railroad moved long cars filled with rock to hold the long railroad bridges steady. We saw cars float downriver and get tumbled and crushed in the white horse rapids. these rapids were normally playful, and a fun ride on a kayak…in the summer when the river was at it normal level. But now they were a raging torrent, fierce and murderous.

The waters were cold too…deadly cold. Normally in this town, when the river rises, the local whitewater enthusiasts would dust of their boats and rafts and hit the waves and rapids, no matter the season. This time however, they did not. Word went out into the rafting community to not brave this flood. The water was too cold and you could die of hypothermia before you hit the first wave train. We watched from the porch of the Hotel and i did not see one kayak on the river that January.

The waters eventually did recede. The destruction left in its wake was tragic to behold. the clean up took months and finished up early in the summer, just in time for the tourist season. The visitors that year all remarked at how resilient Harpers Ferry was. it was noted how quickly the town snapped back from the devastation. One could hardly tell that most of the town was literally underwater a scant few months before. John Brown’s fort still stood in the lower town… Like the great abolitionist’s spirit descended to protect the hallowed ground of his final stand. (**the fort has since been moved to a location where it is preserved above the danger of another such flood. The park service deemed it an important landmark worthy of preservation on a more secure level**)

And life eased back into a sense of normalcy as the summer wore on.

Hurricane Fran barrels across the Bahamas wrecking havoc across the islands. Power outages, flooding and destruction are all that is left in its wake. The hurricane weakens slightly before making landfall in Cape Fear, North Carolina. Winds were clocked at more than 115 miles an hour. The hurricane was responsible for 26 deaths and millions in damages. Fran is the most expensive natural disaster in North Carolina history.

Harpers Ferry, still recovering from the flood in January, was hit again. 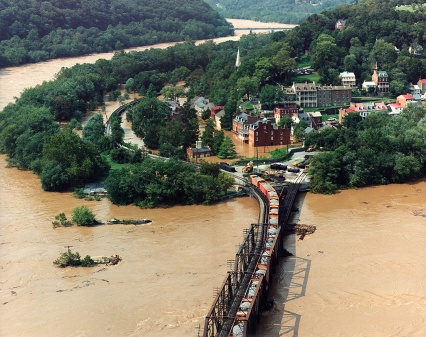 The town stood collectively in shock as the waters ravaged newly renovated shops. homes, and historic places. We stood awestruck as the river raged through the town again. People once again flooded into the hotel seeking refuge. One again the curious and concerned perched along the rail of the Hilltop House’s porch. Newsmen and reporters came from far and wide because the view from the porch was perfect to capture the “scene of devastation” as the rivers churned through the valley below. My friend John (who didn’t work at the hotel at this time) called me and asked me for help in moving his belonging in his home above the projected flood line. His house is on the banks of the Shenandoah.

This time, the rivers were not frigid, and the thrill seekers and white water fanatics were out in droves. At first, when the rivers were at their flooded peak, it was dangerous to be on the vicious rapids. There were several deaths from amateurs who thought they could tame the fury of a river unbound. But after the initial flooding, the river was more than filled with kayakers and rafters. “Shooting the rapids” as they say. I was not, and am not, a whitewater enthusiast. But a friend of mine invited me on one of these rafting expeditions with a few of his friends. They were all very experienced guides, and most if not all of them are still professional river guides, so i felt safe in accepting the

opportunity to raft through flooded Harpers Ferry. Let me say this. I wont be doing it again, any time soon. I chuckle to myself as i remember how terrified i was as soon as we hit the first staircase rapid. Normally you can ride a canoe down the quick little drop and get a giggle and a good splashing. Now, however it was a roaring fall of rapids funneling between massive rocks. By the end of the ride, i was cold, soaked to the core, and exhausted. My arms burned in their sockets with ever stroke of the paddle, and my thighs ached and groaned from their death grip from trying not to be thrown from the raft into, what i was certain would be my death.

I know now that i am an “inner tube and cooler” kind of guy, much more so than the thrill-seeking rapids riders that play on the rivers every summer.

1996 was a year that wreaked untold amounts of devastation on my tiny home town. I saw it with my own eyes. After the waters receded, the debris hauled away, the mud and grime washed off, the town came back to life. People rebuilt what was destroyed. Businesses opened again. The tourist came back, and again everyone was in awe of how fast this town bounced back.

Harpers Ferry, where the waters of the Potomac and Shenandoah Rivers converge, floods have inundated the Lower Town since the first  settlers arrived here more than two centuries ago.

1748. According to local legend, floodwaters drove Robert Harper from the log cabin he had acquired from Peter Stephens.

1753. “The Pumpkin Flood,” so named for the great numbers of pumpkins washed down from the gardens of nearby Indian villages

1852. The greatest flood since the first settlers arrived at Harpers Ferry. Waterpower dams on the Potomac and Shenandoah rivers suffered considerable damage

1870. (September 30-October 1). The Shenandoah River rose so rapidly that residents were trapped on Virginius Island. Floodwaters swept away much of the island’s homes and industry and claimed 42 lives at Harpers Ferry.

1877. (November 25). High water caused considerable damage to the C&O Canal and closed the old Shenandoah Canal for good. The flood crest was 29.2 feet

1889. (June 1). The rivers rose to a record height – 34.8 feet – destroying the Shenandoah wagon bridge and forcing the Child & McCreight flour mill on Virginius Island to close for good.

1924. (May 3). Floodwaters swept away three spans from the Bollman highway bridge across the Potomac River and permanently closed the C&O Canal. The rivers rose to 27.6 feet.

1936. (March 18-19). 36½ feet – the all-time record crest at Harpers Ferry. The Bollman highway bridge and Shenandoah bridge were swept away for good, while many businesses in the Lower Town were left in ruins.

1985. (November 5-6). The Potomac and Shenandoah rivers crested at 29.8 feet in Lower Town Harpers Ferry, leaving behind several inches of mud.

1996. January 20-21: Rain and snowmelt from the record Blizzard of January 1996 – which dumped more than two feet of snow in the valleys of the Potomac and Shenandoah – caused the rivers to rise to 29.4 feet in Lower Town Harpers Ferry. September 8: Devastating rains from the remnants of Hurricane Fran fell across the Shenandoah and Potomac river basins. The rivers rose to 29.8 feet, marking the first time in the town’s history that two floods in excess of 29 feet have occurred in a single year. 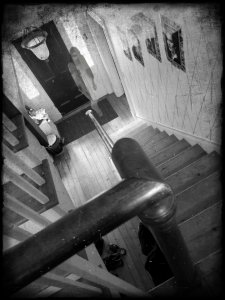 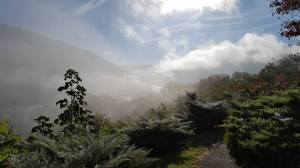